Minister of National Education Mahmut Özer stated that the education system should be normalized for the normalization of Turkey during the pandemic adding that, "Our biggest advantage in keeping face-to-face education open is high vaccination rate among teachers. As of today, the rate of teachers who got their first dose of vaccination is 93 percent.
﻿ 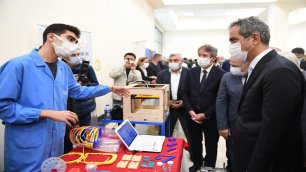 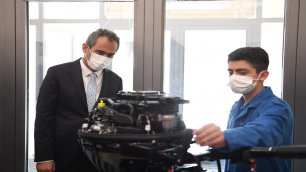 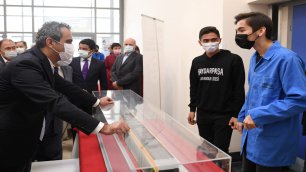 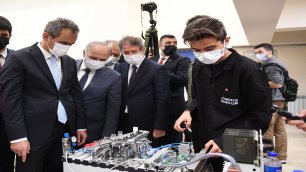 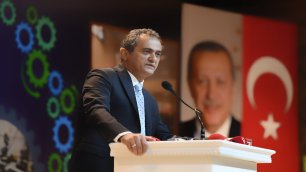 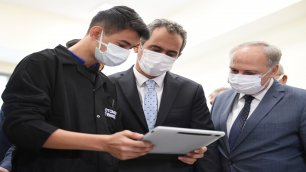 Minister of National Education Mahmut Özer, İstanbul Governor Ali Yerlikaya, other officials and students attended the inauguration ceremony of the Haydarpaşa Vocational and Technical Anatolia High School after reinforcement of the school building against an earthquake. Minister Özer expressed his happiness to reopen the old school which is the symbol of an old tradition and was supported by Abdülhamit II.

Noting that this old school witnessed the graduation of 30 thousand students till now and there are many bureaucrats, businessmen and industrialists among its graduates, Özer wished long and prosperous life to graduates, teachers and students of the school.

"We have to continue face-to-face education"

"We continue our march with determination"

Pointing out that the first 6 weeks of the new school year ended, Minister Özer said, "The education system in Turkey is gigantic. It covers approximately 20 million people including 18 million students, 1.2 million teachers and more than 100 thousand education workers. The capacity of the Ministry of Education is not the sample of Turkey but its universe. The education system of the country should be normalized in order to normalize Turkey during the pandemic."

Özer pointed out that the Ministry of National Education has been implementing this process in line with suggestions of the Ministry of Health and Health Science Board and guidelines prepared in cooperation with these state organs.

Stressing that Turkey made important investments in education since 2002 under the leadership of President Recep Tayyip Erdoğan, Minister Özer stated:

"In 2002, there were 500 thousand teachers employed in the state schools, now this figure has reached 1.2 million. This means that the student per teacher rate in our country is approaching OECD figures. Accession to preschool which was 300 thousand in 2002 reached 1.3 million today. This means that we have reached 71 percent rate. We are not unsuccessful in education, we have taken many steps but there are still many things we have to achieve. We are building 100 new kindergarten buildings in İstanbul and we are planning to finish the construction of these schools until the end of this year."