"Turkey's Saplings" were planted in Manavgat district of Antalya on the soil sent by children from 81 cities of the country in order to raise awareness about forest fires and vaccinate nature and forest love to children.
﻿ 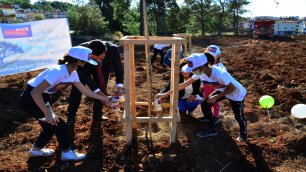 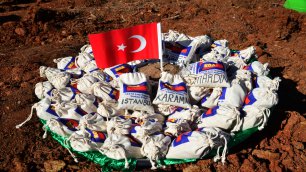 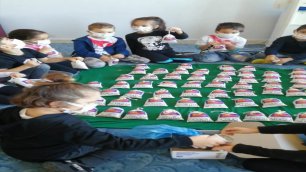 Teachers and students from 81 cities of the country launched the "Turkey's Saplings" campaign in order to raise awareness about forest fires and vaccinate nature and forest love to children.
Within the context of Turkey's Saplings campaign, saplings were planted in Manavgat district of Antalya during a ceremony participated by Manavgat District Governor Abdulkadir Demir and Provincial Directorate of National Education officials and students.
Saplings were planted on the soil sent by children from 81 cities of the country in order to raise awareness about forest fires and the campaign also aims at promoting historical and touristic sites of every city through videos taped by students.
Within the framework of the campaign, students wore local clothes of their cities and taped videos in the historical sites of their hometowns. It is planned to use these videos in the production of a public spot about forests.
In addition to students whose ages vary between 5 and 11, teachers and parents participated in the campaign.